Prove yourself but don't get anger on others critics

A cute and inspiring incident in boy life.

In school days a boy along with his classmates enjoyed the computer class.

One of his classmate has done a beautiful design and said to him I have done this.

"Can you able to do?  You don't know anything " criticized by one of his classmate before all.

At that time he didn't know to do. He didn't fight for it. Instead he think for a moment. He has an intention that he has to learn and do somehow.
He had a confidence that" he can. "

He didn't even go to play in the PET period. Everyone went to ground for play.
He needs to do . He knows nothing is impossible.
He alone started searching to learn.
He turn ON the system and started searching how to make a design.

He struggled much to make a design.
Only thought is to finish the design. So he didn't get tired of doing it.

After a long hour of practice he finished his design.
He was very much happy and his confidence level got boosted.

He realised that "Nothing in the world is impossible or great and difficult to do.
If we keep on practicing and work smartly everything can be turned into success.  "

One thing is that he finished doing design but doesn't know how to save the project. He was thinking how to do. At that time his madam passed that away. He asked her she said "you turn off the system it will get automatically saved".
As it get late she is not ready to answer him with patience.

He did as she said and went home.
Next day morning he came to class and tries to open the file.
But nothing was found. He was very much shocked.
He asked himself " where is my design I have done it with that much involvement. But now it was not found"

Then he made him cool and tried again and now he decided to refer books. He went to library and referred books and found out how to save the project.

Finally he saved the project and showed to all of his classmates.
Everyone got astonished by his work and appreciated much than that boy.

The boy is the cause for him to learn and created the vigour of learning new things.

From that minute he decided that he needs to learn new things and there should not be there anything unknown.

In each person life there will be someone who is the root cause to do something.

This situation was really a notable moment in his life.

When someone criticise you never do it again.
Just take a moment to think of it.
Take any good thing from it.
Take that for your progress and leave unnecessary critics unattended.

Believe you can turn everything into possible. Don't think impossible instead think I m there to make it possible. 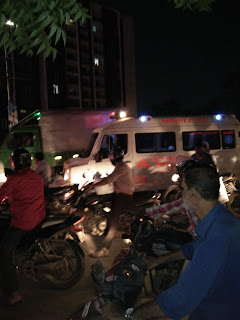